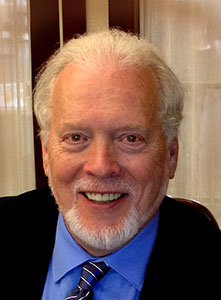 Thomas R. Blaylock is a “Singing Voice Specialist” (i.e. specializing in vocal function for singers), voice teacher, voice scientist, performer and conductor. He taught voice and choral music in high school to university level from 1968 to 1981 and has had a private voice studio since 1968. He founded the Northwest Institute of Voice in 1982 and serves as President/Executive Director.

Mr. Blaylock has an extensive background in performing on concert, oratorio and opera stages. As a Basso-cantante, (high lyric bass), singing compromario as well as principal opera roles including Rev. Olin Blitch, Colline, Dr. Granvil, Hans Schwarz, Boris Godunov, and many others, including musical theatre. He also has appeared as Bass soloist in numerous oratorio productions, Messiah, Elijah, Mozart Requiem, Verdi Requiem, Bach Cantatas, and many orchestral concerts. He appeared as soloist in pops concerts with the Oregon and Seattle Symphonies “The Best of Jerome Kern.”

As a conductor, he founded and conducted the Oregon Vocal Arts Ensemble (a semiprofessional choral group), conducted church choirs for more than 20 years, and a Sweet Adeline Chorus for several years. He has also coached barbershop choruses and quartets throughout the nation in preparation for national and international competitions.

His singers include concert, opera, musical theatre, and popular artists in New York, Los Angeles, San Francisco, Portland, Chicago, Vienna, London, Amsterdam, Frankfurt, Munich, Hamburg, Paris, Moscow, Tokyo and other cities around the world. For many of these artists, he frequently serves as musical supervisor, consultant, producer, and/or recording engineer during the production of their albums.

Over the past 50 years, Mr. Blaylock has lectured extensively on vocal production and voice disorders to physicians, voice scientists/researchers, speech pathologists associations, high school choirs, church choirs, civic choral groups, and university vocal pedagogy classes. His seminars held on an annual schedule, “Survival Skills for the Singer”, discussing vocal pedagogy and the correction of common vocal disorders, attracts teachers and singers from around the world. Otolaryngologists frequently and regularly consult with, and refer voice users for rehabilitation to Mr. Blaylock.

For many years, Mr. Blaylock has been involved in research concerning the development of systematized techniques for the voice. The principles in the system follow an orderly progression in correcting functional vocal problems. These principles are assembled according to scientific evidence for the structural stability of the vocal mechanism. This evidence involves not only physiology and acoustics, but the prosodic implementation of phonetics. Diagnostic tools have been developed to aid the teacher and voice user alike. For the singer, singing teacher or conductor, this process also involves the transfer into the aesthetic/artistic demands of the musical literature.

Mr. Blaylock has published CDs and Booklets of “Exercises for Vocal Development” at several levels of advancement for the male and female voice. This exercise program has been highly successful in helping voice users develop and maintain a strong, coordinated, and healthy vocal instrument. His new book “Artistic Vocal Performance”, Vocal Artistry Derived from a Practical Application of Voice Science through a Systematized Functional Process is now in a limited edition third draft.